Where you need to be when you want to enjoy Dia de Muertos!

Today was a holiday for OV so he and GO decided that a trip to Puebla would be a fun thing to do. It's a neighbouring city of Mexico City. The drive is about 2.5 hours but from the outskirts of each city its actually only about 30 minutes, both cities have such a large sprawl!!

We arrived just after 12 noon and visited a beautiful gallery, Talavera de la Reyna. This area is famous for its painted ceramics/tiles and this gallery highlights some of its best pieces. 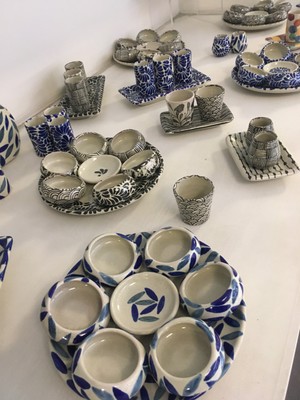 We then headed into the historical centre of Puebla. The celebrations for the Dia de Muertos (day of the dead) were in full swing. While I was in Tucson a couple of weeks ago. my host suggested that I watch the movie 'Coco' if I was going to be in Mexico during this celebration. I'm so glad I did as it gave me a great appreciation for what is being remembered at this time. The essence of the celebration is to remember those who have passed away because once no one remembers them, then they have truly died. The city was full of ofrendas - altars with photos of the loved ones who have passed away and items that they used to enjoy together with masses of orange flowers. Even the cathedral in the cenrre of town had an ofrenda which I found an interesting blend of religion and tradition. Many of the people wandering the streets were dressed up with faces painted. I hadn't planned my visit to Mexico to coincide with this celebration but I'm so grateful that it did. I felt a little like when we were in Rio de Janiero the week before Carnivale and were able to enjoy some of the festivities. 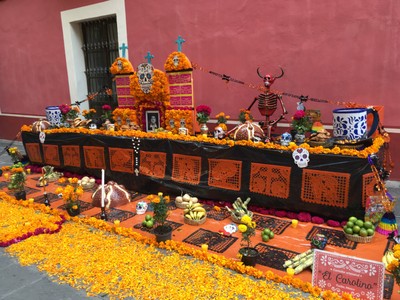 We wandered the streets, enjoying the atmosphere. OV went to university in Puebla and took us to one of his old haunts, La Pasita, one of the most famous bars in Puebla. It is basically a hole in the wall and serves a liqueur made of raisins and served with a cube of goat cheese and a raisin on a toothpick. This drink was invented by the original owner and has been serving it for over 100 years. At only $USD 1.50 its well worth trying! 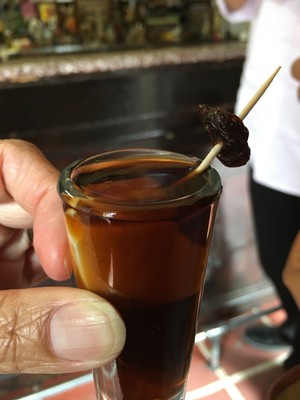 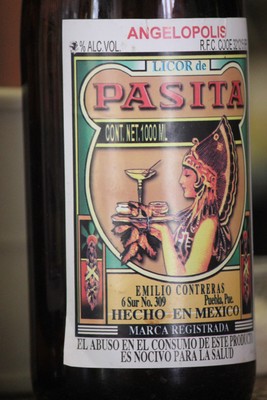 We ate lunch at a restored house, Casa del Mendrugo from colonial times that also hosts a museum of artifacts that were discovered at the site during the restorations. 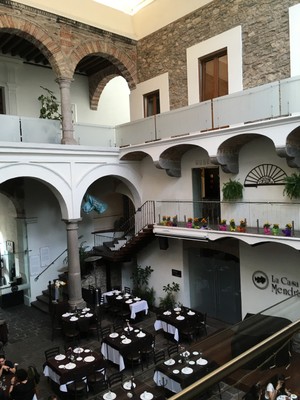 After lunch we continued wandering, visiting shops with beautiful handmade crafts. I was so tempted to buy, buy, buy. Fortunately I only have one suitcase and a weight limit! The crowds continued to grow, a band was playing in the main plaza and it was clear that things were about to get really busy! We arrived back to the parking building around 5.30 pm and fortunately the road hadn't yet been closed off for the celebrations. 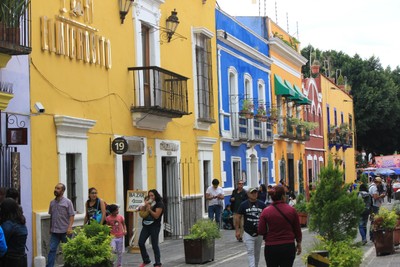 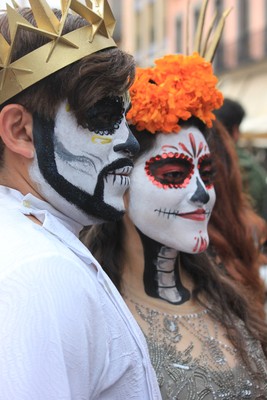 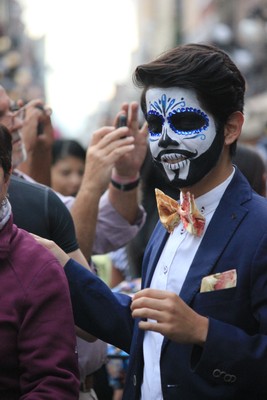 On the drive out of town we passed by the Iglesia de Nuestra Señora de los Remedios, a church that is built on top of the great pyramid of Cholula. Not all the pyramid has been excavated but the base has been determined to be three times the base of the great pyramid of Giza. It is estimated that was constructed between 3 BC and 9 AD. As we drove there, the sun was setting and the church was lit up- quite spectacular. 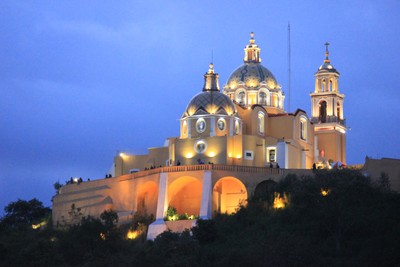 It was a long drive home, we arrived back just after 9 pm.

Posted by sonjamcf 15:40 Archived in Mexico

Previous Next Table of contents

Comments on this blog entry are now closed to non-Travellerspoint members. You can still leave a comment if you are a member of Travellerspoint.

If you aren't a member of Travellerspoint yet, you can join for free.